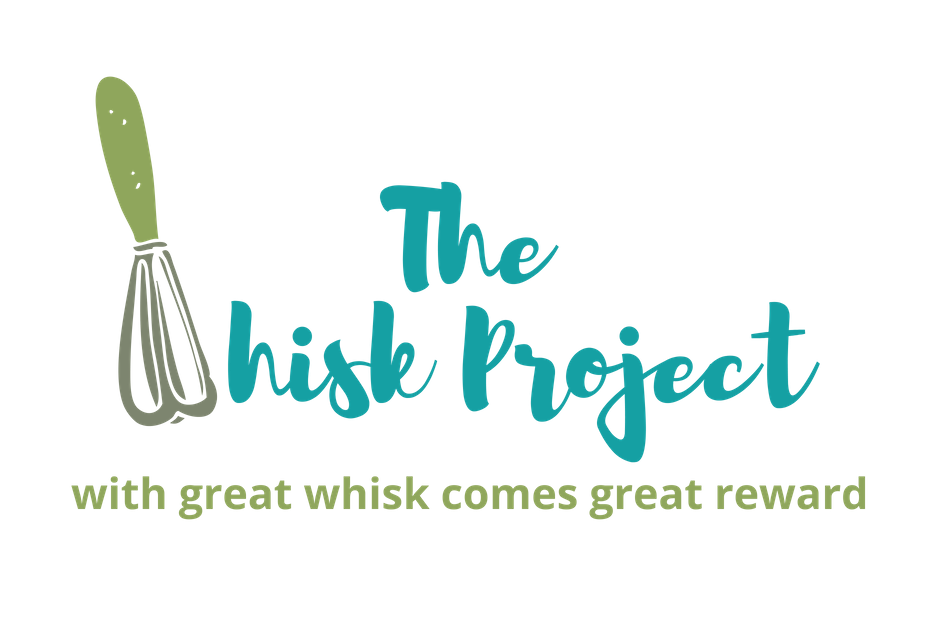 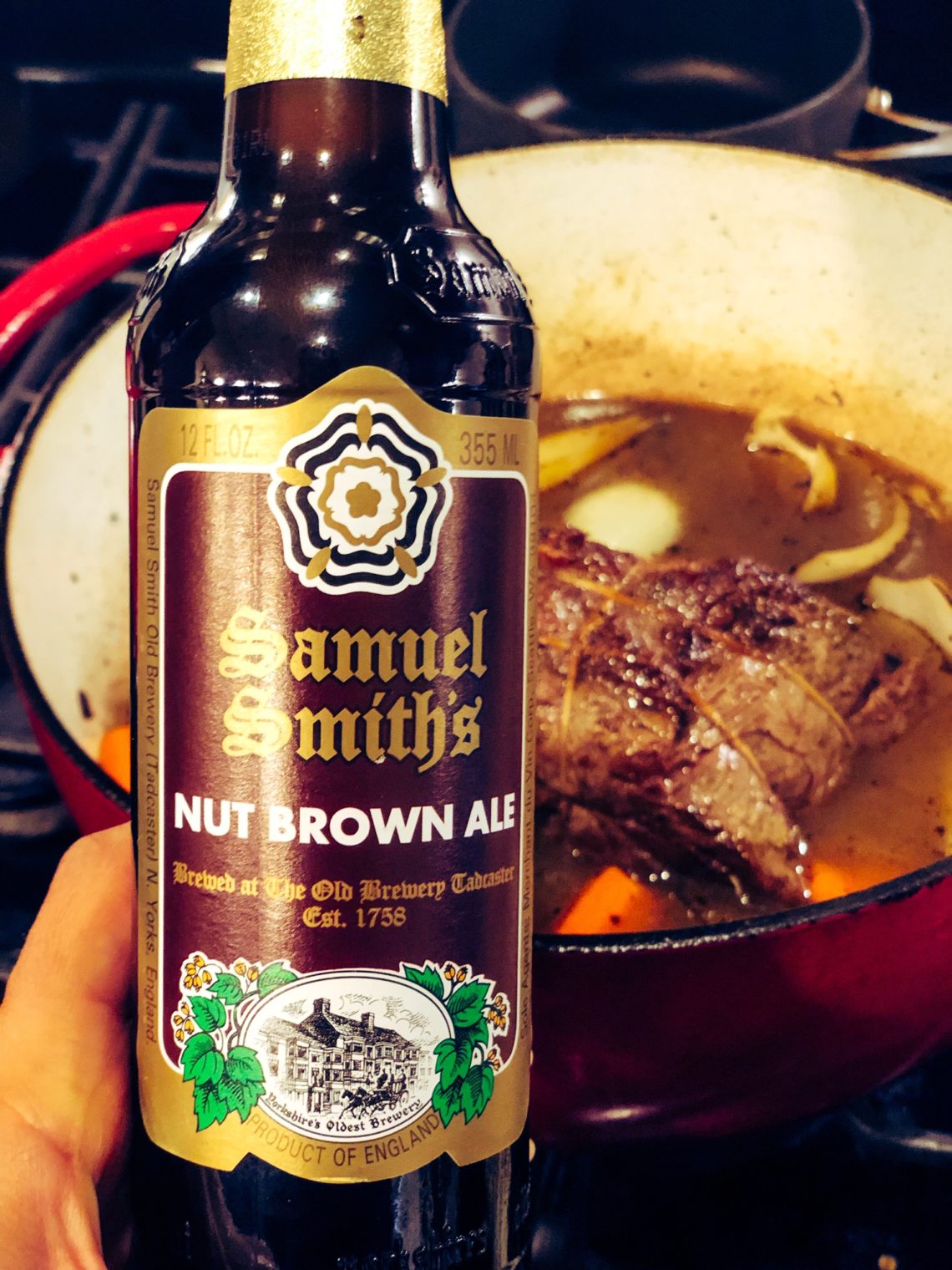 I grew up in a small town dominated by barbecue restaurants – indeed, if you know anything about NC Barbecue, you know that Lexington-style ‘cue is in a class all it’s own. But for the times you didn’t want pulled pork, we had a spot downtown called The March Café that was part coffee shop-part café, part fanciest restaurant in town. I worked there part-time as a server through most of high school and whenever I needed the kind of food that felt like a hug, I’d order Chef Ben’s famous pot roast.

Somehow, it was always perfect. The meat was fork tender, the gravy just the right thickness and flavor. It was the ultimate comfort food. Several years later, after the café had shut its doors and a craving for that roast couldn’t be satisfied, I reached out to the chef and begged him for his recipe. While he was happy to share his “secrets”, I must confess that my attempt to recreate his magical roast at home fell grossly short. I resigned myself to the reality that I’d never taste that magic again.

And then, this November, as the weather turned cold and cravings for comfort food returned, I felt the deep yearning to give pot roast another go.

I decided to start with a mostly simple base of aromatics, but also knew I wanted to add in mushrooms (boyfriend loves mushrooms!) and that I was curious about what kind of flavor a darker beer might impart on the gravy.

So I walked up to my neighborhood bottle shop, Tasty Beverage, and wandered up and down their well-stocked aisles looking for inspiration. After looking at several porters and stouts, I ultimately settled on Samuel Smith’s Nut Brown Ale. I was intrigued by the idea of a nutty flavor, as well as the malted barley in the English ale, and the very helpful salesman assured me that this wasn’t an impossible find (indeed, Total Wine also carries it) and was a pretty standard representation of the genre. An added bonus? It wasn’t too expensive, which is a plus since cooking with super fancy beverages always feels like a betrayal.

I was also fresh out of homemade beef stock, but had recently purchased a carton of Bone Broth that provided a combination of chicken, turkey and beef. Since variety often means more flavor, this combo bone broth seemed like a great alternative to try!

Back at home, there was nothing ground-breaking about my process…I followed a tried-and-true method for building flavor. Season and brown the meat, set aside. Brown the mushrooms, set aside. Sauté the aromatics (onions, celery, carrots, garlic). Add in the broth, the beer, a bay leaf, scrape up the browned bits on the bottom of the Dutch oven (that’s flavor!), nestle the roast back into the pot, and roast at a low temperature for a few hours.

Once the meat was cooked through and tender, I pureed the gravy and dipped my spoon in for a taste. Lo and behold, the memories of that magical pot roast from my high school days flooded back through the receptors of my taste buds and into my belly! While I know Chef Ben took a different approach with his roast, this new concoction still managed to harness that magical comfort I’d been missing for so long.

I served the roast that night over buttered noodles (shout out to Julia Child), and the boyfriend was in culinary heaven. Between bites, he was uttering, “When will this go up on the blog?” and “The world needs to know about this!” Well, after two more test runs to make sure the moment wasn’t fleeting, I’m happy to share this with the world now! Make this for your family, for someone you love, or for anyone you know that could use a (food) hug!

This will probably make more gravy than you need, but make it anyway! Save, reheat and serve later over mashed potatoes or buttered noodles.  With the higher protein content in the bone broth, the gravy should still be quite filling and nutritious as you stretch this dish into additional meals!

Tip: If you puree your gravy in a blender, don’t forget to cover the opening with a damp cloth as you blend – this will allow steam to escape and prevent an explosion! 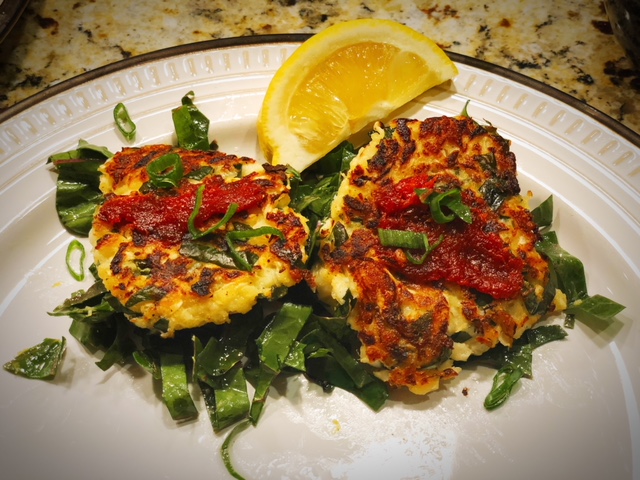 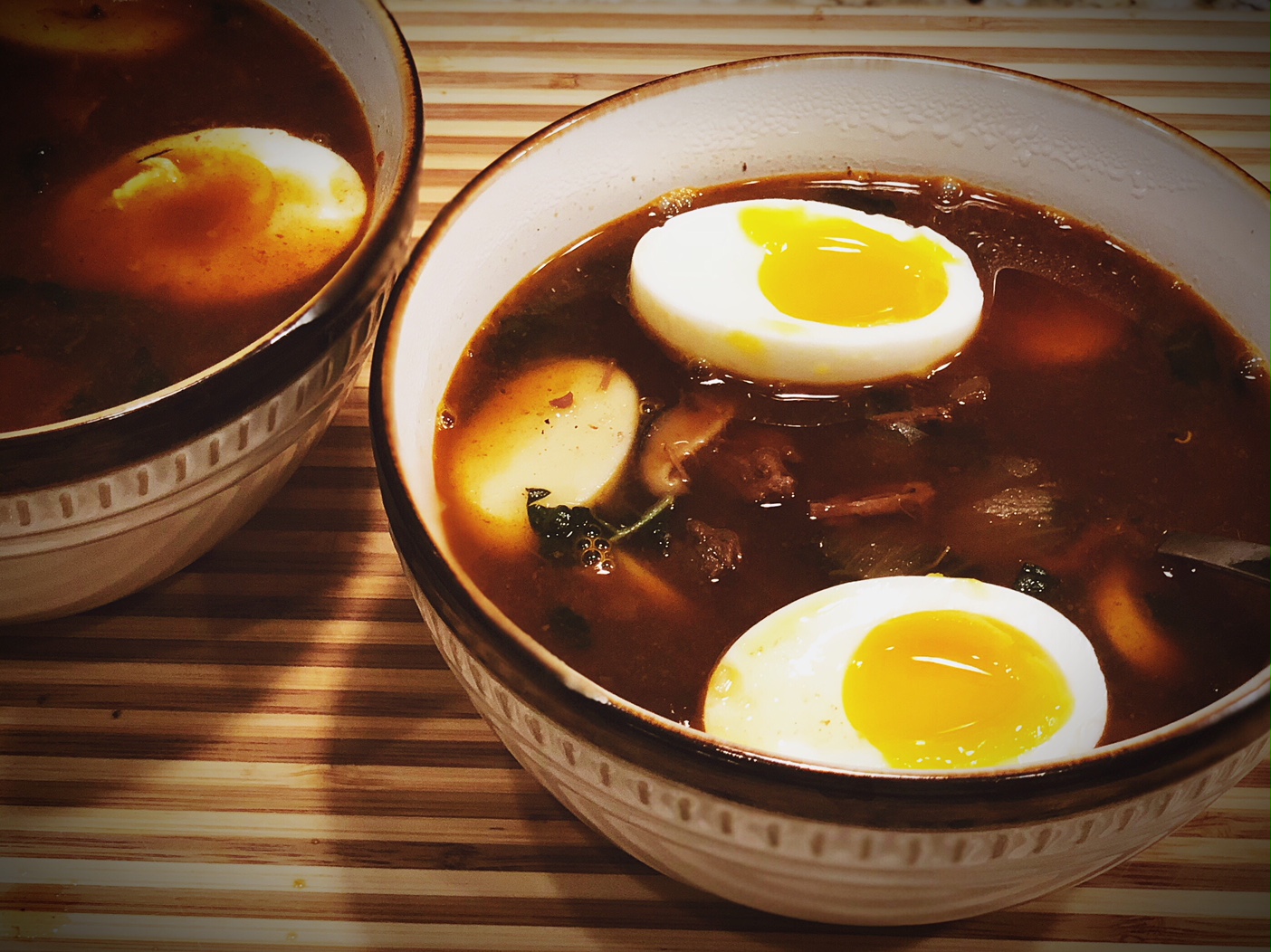 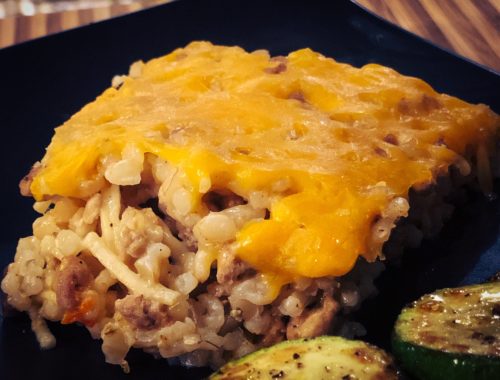